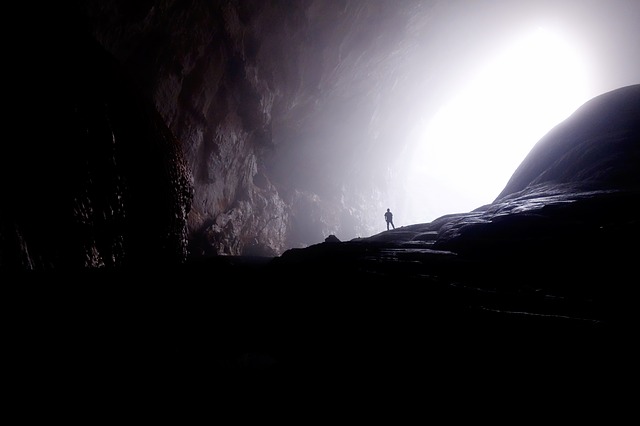 As dreamers of the dream, we possess the freedom of choice and the choice for freedom.

In the dream consciousness we mistakenly believe we have a minimal creative impact, but through the revelation of Truth, it’s clear we are the source of our dream. Therefore, it’s through us it fades to reveal the Kingdom of Heaven in the eternal present.

There are two real choices within the dream consciousness: one to choose to know the Truth, and once Truth is perceived, the second is to choose Truth over the illusion. All other choices in the dream are between illusions, which is no choice at all.

Prior to awakening, a choice for freedom is presented us. We make this choice for all because whether the Selves of God sleep or awaken, they do so as one. However, we also each make an individualized choice for God’s will, the reality of Truth, because as a fractal of God’s Self our will is free. We will choose the divine will because it’s our true desire. So, as one awakens, all begin to awaken, each in his/her own order.

To awake or stay asleep? To engage Truth or to stay in the dream? The two choices are total opposites, thus it’s one or the other. Only with an illuminated mind, do we perceive this choice clearly enough to make a sincere choice. And in the Light, the choice is self-evident. Our choice is a choice for freedom from the dream.

Along the path of enlightenment, the mind is prepared to make this choice by understanding the nature of it. It’s a singular choice for Truth with many fractal parts: to choose to exalt the Spirit as the creative sovereign over the body/reality, to create through emergence and no longer self-determination, to extend universal forgiveness instead of judgment/guilt, to give love instead of attack/defense, and for oneness with all instead of separation.

In the Light of Truth, though the choice is clear, it’s not without its challenge. Truth calls for the dreamer to choose to dissolve the illusions he created using the Truth given him as his mind integrates into the Source of Truth. The dreamer enters a borderland between the dream consciousness and the divine Mind, where universal forgiveness, true healing, salvation, and resurrection are understood. While in the borderland, the dreamer resides in a strange duality where his physical senses tell him the dream is true, and yet the Truth he perceives within tells him it’s only an illusion projected from a faulty belief system. During this time, the choice for Truth is presented over and over in numerous ways. This transformative passageway transitions the individualized mind from a dream of illusions to the Divine Mind, the eternal home of Truth.

Through this borderland, the dreamer carries his lamp of oil (Truth perceived along the path of enlightenment) into the dark abyss of his illusionary belief system. It’s a place where all kinds of unwanted apparitions hide, lurking in the darkness. Ones whose frightening projections made appearances on the walls of the dreamer’s mind over and over again (lack, sickness, aging, loneliness, depression, lovelessness, suffering, pain, attack/defense, sin, guilt, death).

As the dreamer overcomes the illusionary projections with choices for the Truth, for a time, the shadowy reflections intensify as his beliefs are deeply challenged. Through choice, he denies the lie for the Truth: to love in the face of attack, to release idols held for safety sake, to foster strength instead of weakness, to give in the midst of perceived lack, to accept the true Self for the expressions of the false self, to see innocence in place of guilt, and to choose life over death. The Light of Truth supplies an transcendent peace that enables him to advance forward. With every choice for Truth, the Light grows brighter, and the frightful projections lose their power, and then their presence. The illusion crumbles.

The choice for freedom is his. Because it’s a dream, what he once gave “life” to, he can take away, to embrace the Life that always is. In his ubiquitous choice for Truth, the Light he perceived within arises to become a great morning Star. This magnificent Light of the Divine Mind dawns and awakens him to Oneness, and he becomes a Light to others as they awaken.

My passion is cultivating a deep relationship with God and helping others to do the same. I LOVE sharing with others insights that God has taught me and hearing what God has taught them... thus my blog, Stirring the Deep. My focus is on a relationship, not a religion. Life is in the relationship. I believe in a balance and unity of body, mind and spirit. I feel it's important to nurture all three for they all affect each other. I try to live in the present, where the Holy Spirit is. And I try to do all with the motive of love. I've come to believe life is a journey and not a destination. It isn't about perfection, is it about growth.

18 thoughts on “Choose Your Freedom”